The product has been successfully added to your cart

Please add products to your cart.

Please add products to your wishlist. 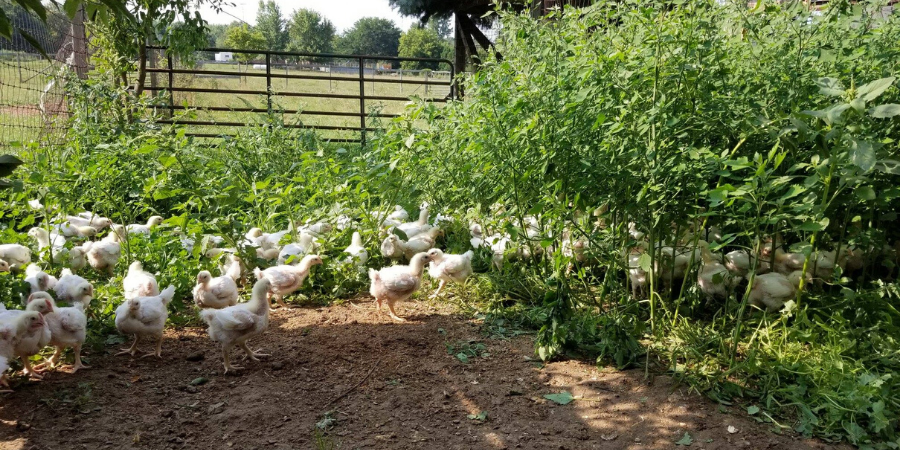 It’s no surprise to many of those who taste one of our chickens that they are some of the best around. But you may be asking yourself “what makes these chickens different from anything I have in the grocery store?”. I would like to go into more depth today about some things I have learned since becoming a chicken farmer. In an article from the New York Times,  a Scientist at the Johns Hopkins University Center for a Livable Future heard there were some concerning things found in the mass-produced chickens. So he did a study a few years ago to see what was in commercially farmed chickens. They were looking for antibiotics in the chickens but decided since it didn’t cost extra they would ask for the results of any other chemicals and pharmaceuticals as well. The results were staggering. According to the researchers, they didn’t find anything of IMMEDIATE concern but what they found -Caffeine, active ingredients of Tylenol and Benadryl, Banned Antibiotics and Arsenic, even in trace amounts, ARE an immediate concern to my family and I. If you are dealing with a compromised immune system, leaky gut or any other health issue, you know these things can wreak havoc on your body, lifestyle, and finances. Those of you who don’t have any symptoms of these life-changing diagnoses, also need to be aware to preserve your health both now and in the future. 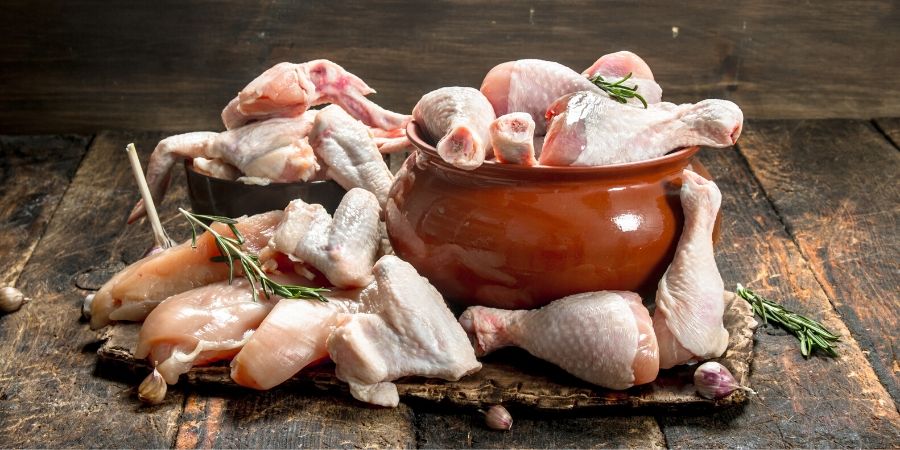 I remember as I was growing up my mom would tell friends and family members that our chickens were the best. She always emphasized that we grew our own feed and they just tasted better. She would tell them that factory farms used arsenic in their chicken feed, starting off with a minuscule amount and gradually increasing as the birds grew. Supposedly it helps reduce infections and makes the flesh an appetizing shade of pink.   I didn’t even know what arsenic was until I watched one of my favorite classic actors Cary Grant in “Arsenic and Old Lace”.  I quickly realized it was a poison and I didn’t want any part of that.  According to studies, there is no evidence that low levels of arsenic are harmful to people but still… it is definitely not going in my body or in my chickens! 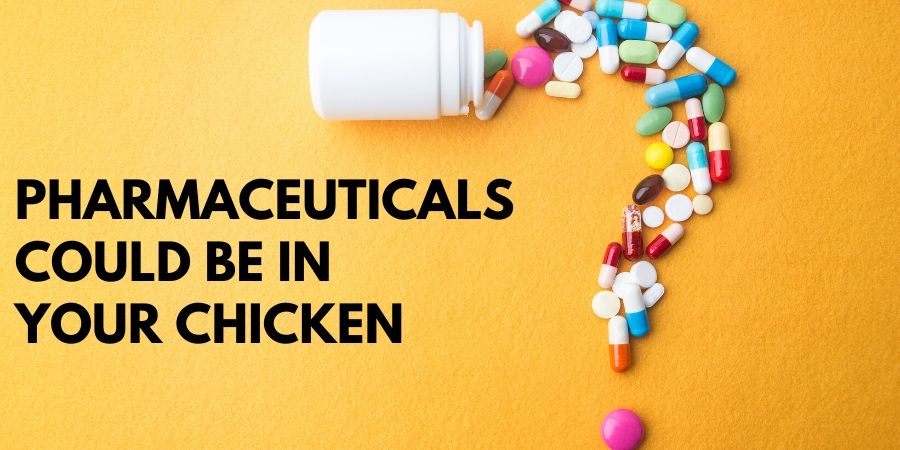 In the previously mentioned study, the scientists had to be clever to find a way to detect some of these chemicals and drugs so they examined feather meal, a poultry byproduct from the feathers of the chickens. The feathers are like our fingernails and accumulate any chemicals or drugs they are exposed to. They found banned antibiotic use. This can be so dangerous because the use of these banned antibiotics can breed antibiotic-resistant “superbug” infections in humans. Also when they tested the sample of feather meal they found one third contained an antihistamine that is found in Benadryl, and samples from China’s chickens contained the same antidepressants found in Prozac. Some poultry growing literature suggests that Benadryl will reduce anxiety and apparently stressed chickens have tougher meat and grow slower.  Nearly all contained acetaminophen found in Tylenol and caffeine. It turns out that a lot of factory-raised chicken farms feed their chickens coffee pulp to keep them awake longer so they can eat more and grow faster. The things these factory farms do to the animals in order to make the most money is crazy and so sad. The chickens we raise are different. We go beyond the normal natural label of no antibiotics and no hormones. We can also assure you there is no Benadryl, Tylenol, Prozac or caffeine in them either.  We feed our chickens non-GMO mixed grains and peas for protein along with alfalfa, they have ample space both in the barn for their protection and out roaming the field. I would say their anxiety level is pretty low with no coffee in their system and room to roam, a regular sleep cycle and great healthy food. They are enjoying their lives. 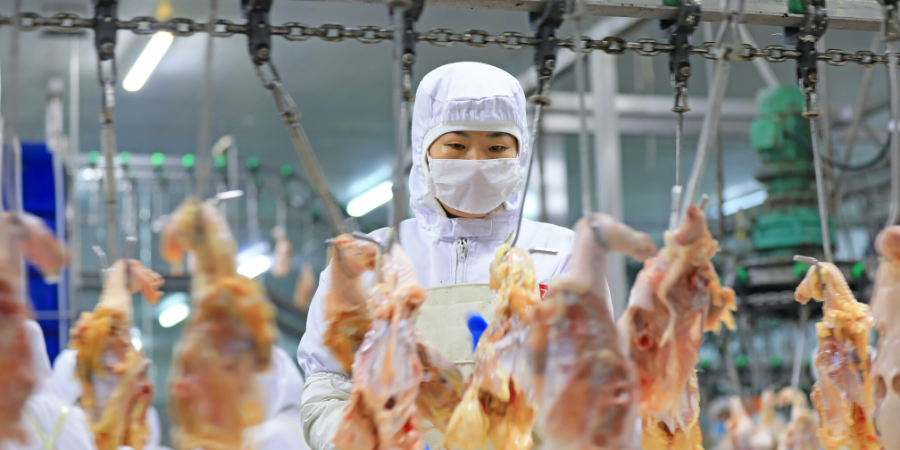 I want to touch on one more thing, chicken from China. I don’t know about you, but a few years ago my Facebook newsfeed was blowing up about China and chicken processing. Sometimes I have to stop and scratch my head as to what is the USDA thinking?!  I read this article about the USDA allowing US poultry to be processed and cooked in China and then sent back here to be put into our food supply.  You may be wondering why this is scary, other than the fact that a once-living animal raised here in the US is then shipped (plane or boat) to China to be processed and cooked? I am not sure how that makes sense, it is obviously all about the money but what price are we willing to pay? It seems that the reason this has come up is the desire to open up trade for US beef. I haven’t heard anything recently, so hopefully, the big factory farms haven’t taken advantage of this opportunity as of yet. The USDA is, however, auditing China’s processing facilities and chicken from China could be in the US food market in the future.  Why is this so concerning?  Because China’s track record is not too good. Children have suffered illness due to melamine-tainted milk powder, mercury has been found in baby formula, rat meat has been sold as lamb, fast food restaurant chickens were fattened with large quantities of illegal drugs, and we have all been warned of the dangers of feeding our pets treats from China. The Chinese food industry has had some big, ugly issues they have needed to rectify. I am hopeful they are taking steps in the right direction, but that doesn’t mean I am OK with eating their chickens or US chickens processed there. 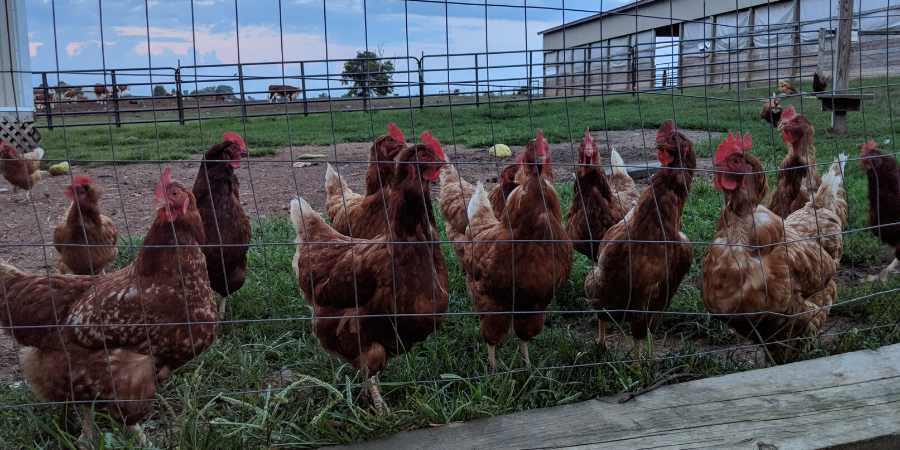 Something you may not know about our processing. I have taken a lot of calls lately about if our chickens are ever bleached. I was pretty appalled the first time I was asked that I think I even clarified with a “are you being serious?” remark. I found this interesting article about how poultry processing faculties in the US use a chlorine bath to help kill off bacteria instead of preventing it. Chemical washes are used to make up for poor hygiene on farms and in transportation crates. We take prevention seriously around here. There is no need for us to use such measures like chemical washes because everything is cleaned and sterilized before our chickens ever come into contact with it. From the moment the chicks are put in their new home until we take them to our neighbors to be slaughtered everything is monitored for health and safety. Because we strive to never need to use antibiotics the health of our animals is of the utmost importance to us and on the forefront of our minds. I am glad we do not use bleach on our chickens. My mom always told me cleanliness is next to Godliness so we scrub away and give our chickens the cleanest environment without the use of harsh chemicals. This brings awareness to the main issue of knowing where your foods is coming from. Not only do we want all of our meats to taste great but more than that, we want to help. We want you to know where your meat is coming from and feel good about feeding it to your family. When you sit down to a dinner of chicken we want you to know that it lived a great life, ran around in the grass and sunshine, ate it’s fair share of bugs and was butchered humanely.

Our Instant Pot Bundle includes our most popular meat cuts that are perfect for cooking in the Instant Pot!

× The product has been added to your shopping cart.

Enter your email address and you will receive a mail.

Sorry! we are yet to provide our service in your area. Please select a different location.

Or enter a pincode